This is one of the best known "follies" in Scotland. It was built in 1761 as part of a six acre walled garden by the Earl of Dunmore. At the time pineapples were an exotic and rare fruit and a symbol of wealth and generosity.


Amazingly this tropical fruit was grown here in the 18th century in hothouses that used to exist at the front of the building. On the day I visited it was cool but sunny. In front of the building it was pleasantly warm because the building faces south and is in an elevated position to catch the sun. In addition the buildings on either side of the Pineapple contained furnaces that heated the walls and therefore the hothouses. The chimneys of the furnaces are disguised as urns at eaves level.


The effort in cultivating pineapples in a cool climate was huge. They had to be heated and tended for three years to obtain the fruit. At the time this building was constructed a pineapple in Britain would cost £5,000 at today's prices. I bought one on Monday from Lidl, it cost 50p. Not grown in Scotland, of course, but Costa Rica. 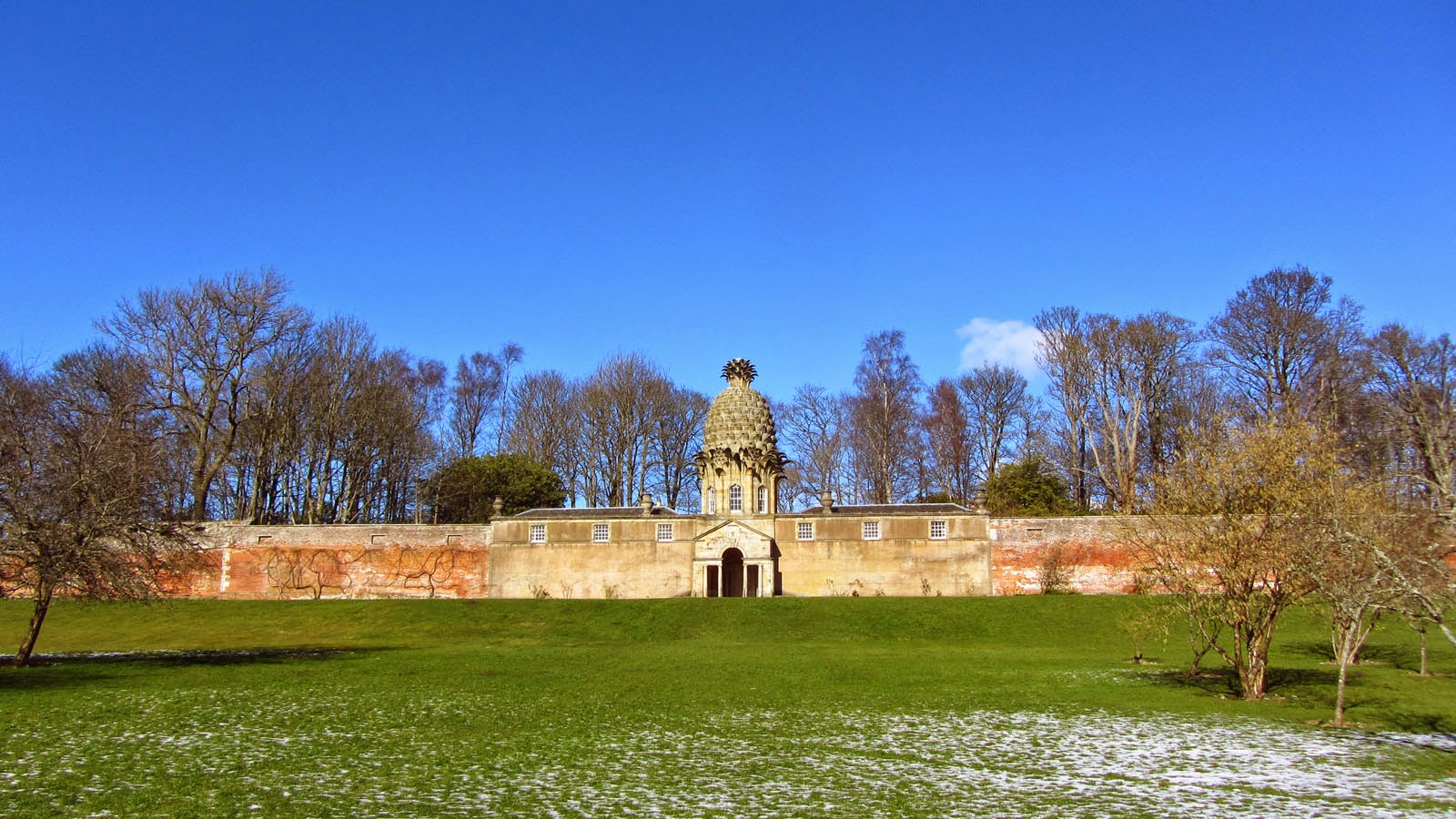 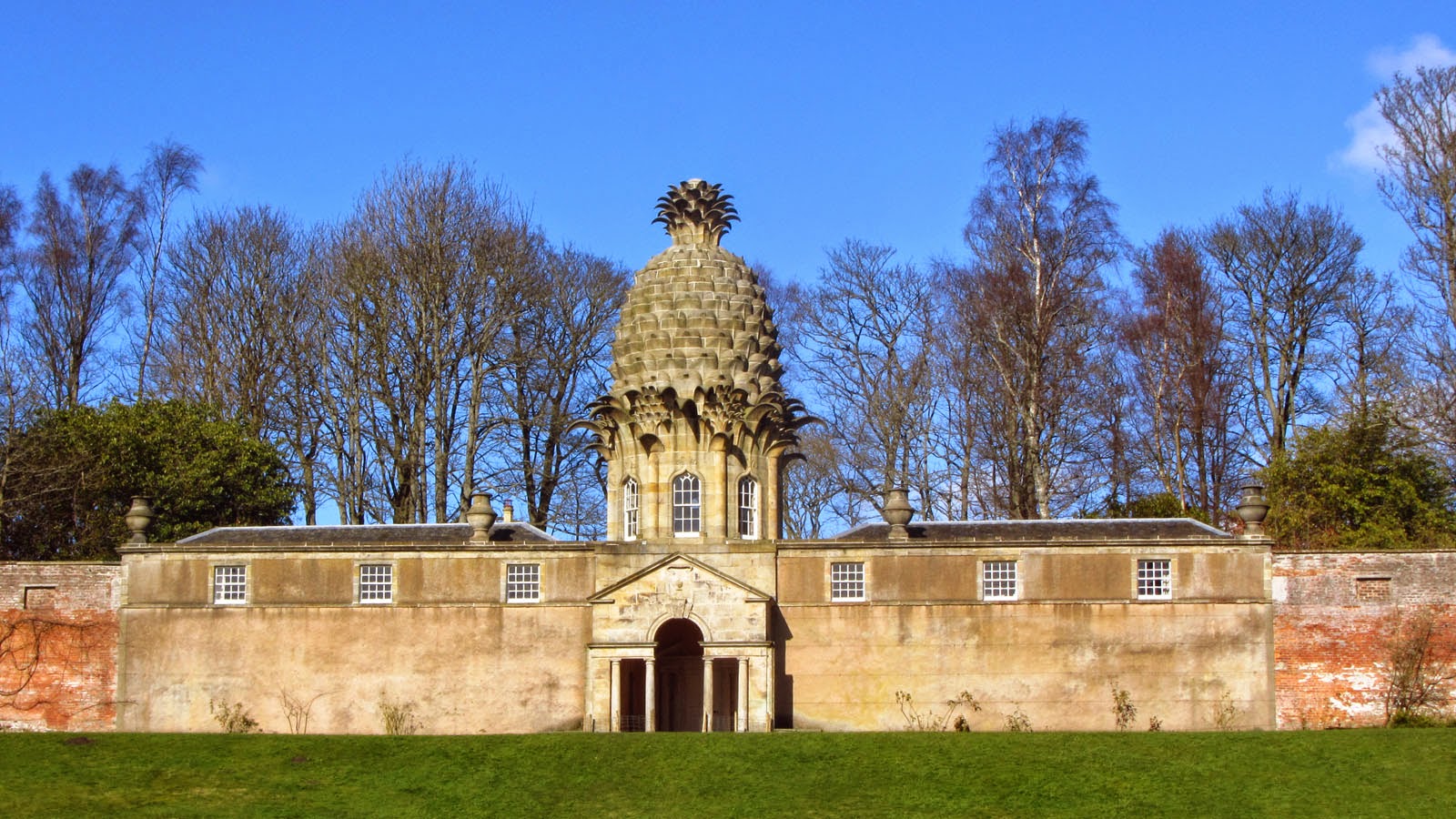 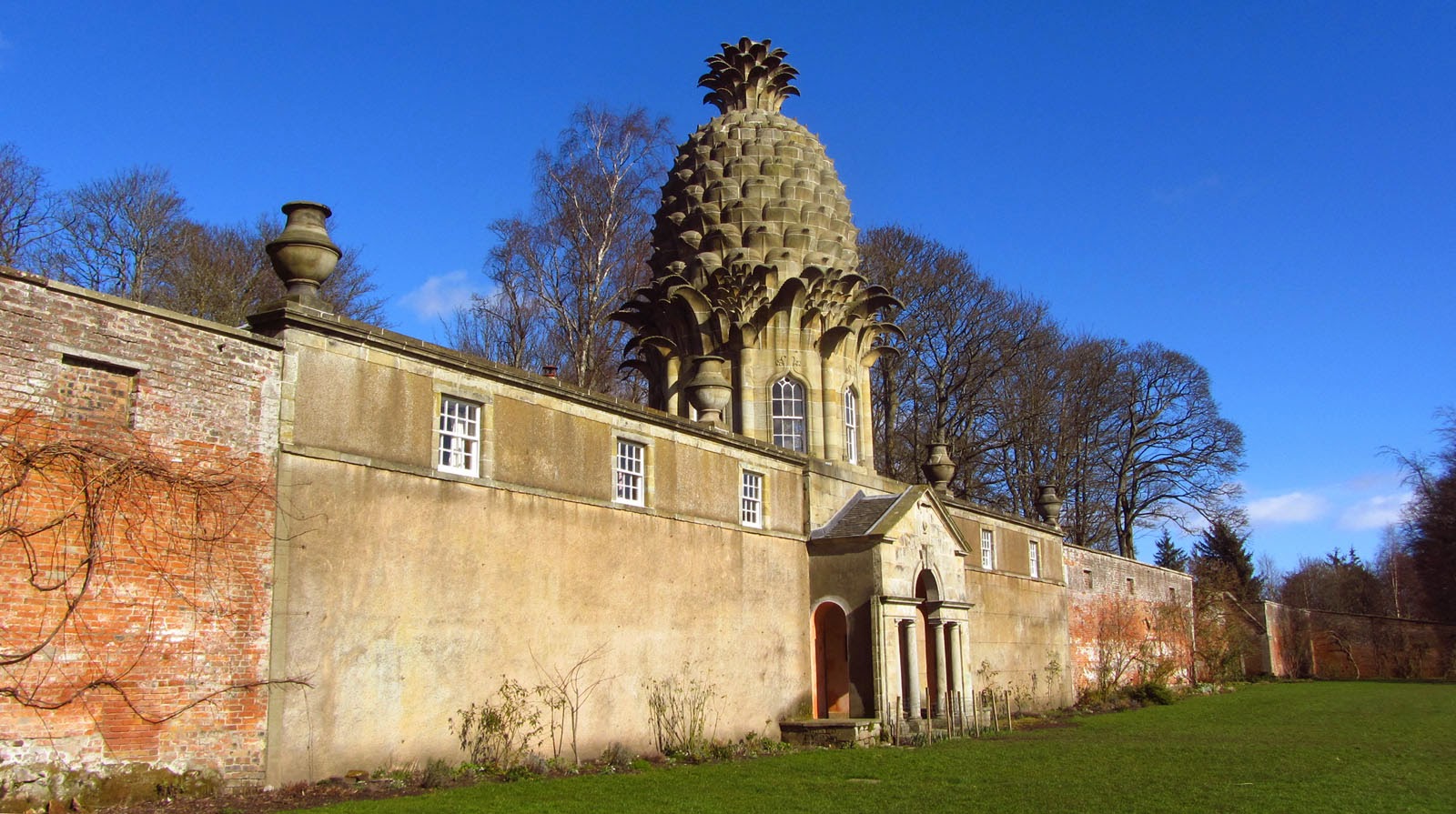 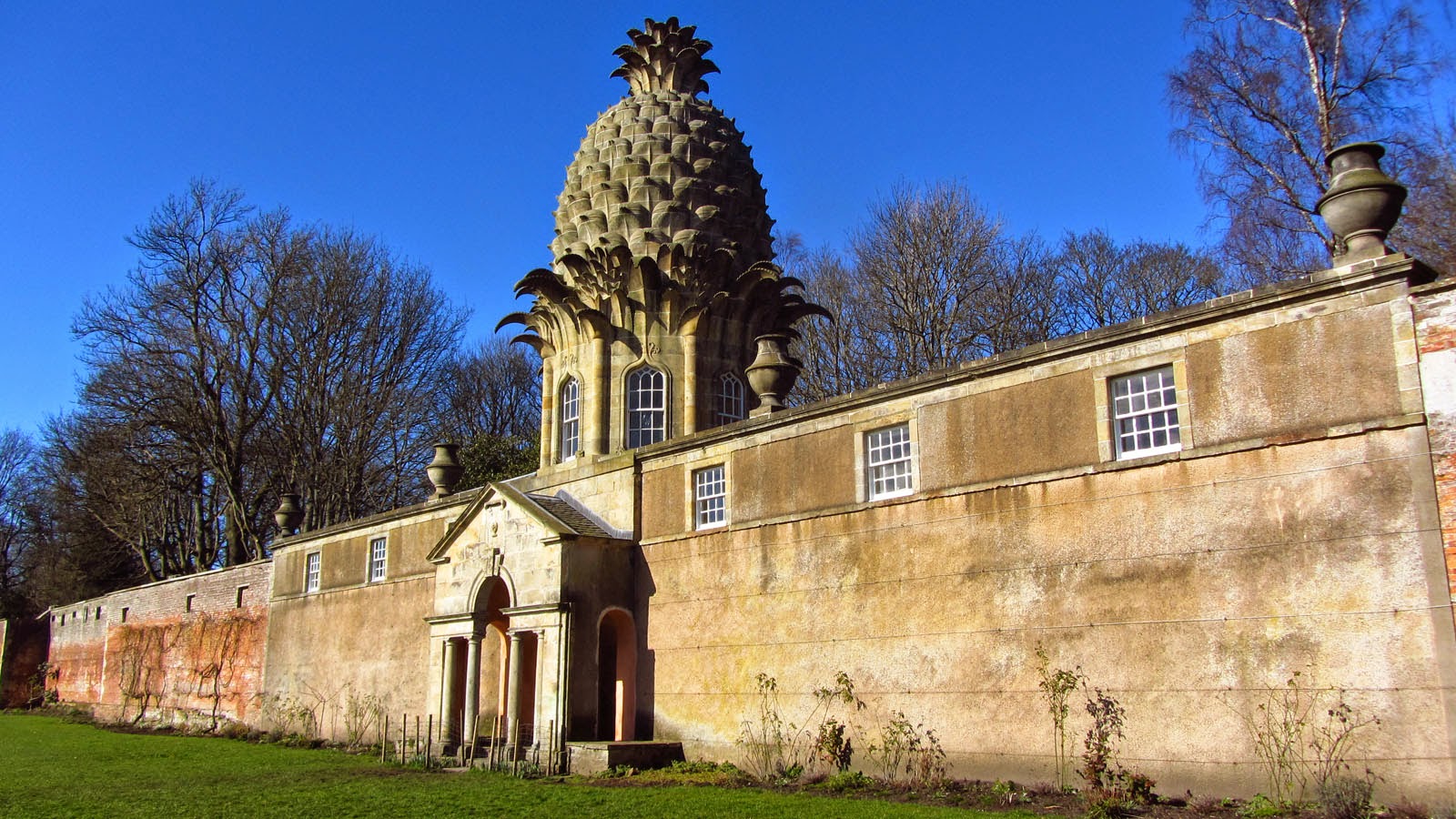