This is a very rare example of an early multi-storey car park (parking garage). It's located in Glasgow's West End and takes its name from the nearby Botanic Gardens. The front is clad in terracotta tiles. The building was built in parts between 1906 & 1912 and may be oldest building of its type in the UK. Wikipedia claims that the first multi-storey car park in the world was built in Chicago in 1918, so they're not always correct.

It was built in the early days of the motor car for the occupants of the nearby tenement buildings to park their new contraptions. There are pumps inside so it must have been used as a filling station in the recent past. The building is currently unused but in reasonable condition and there are plans to covert it into a gymnasium. 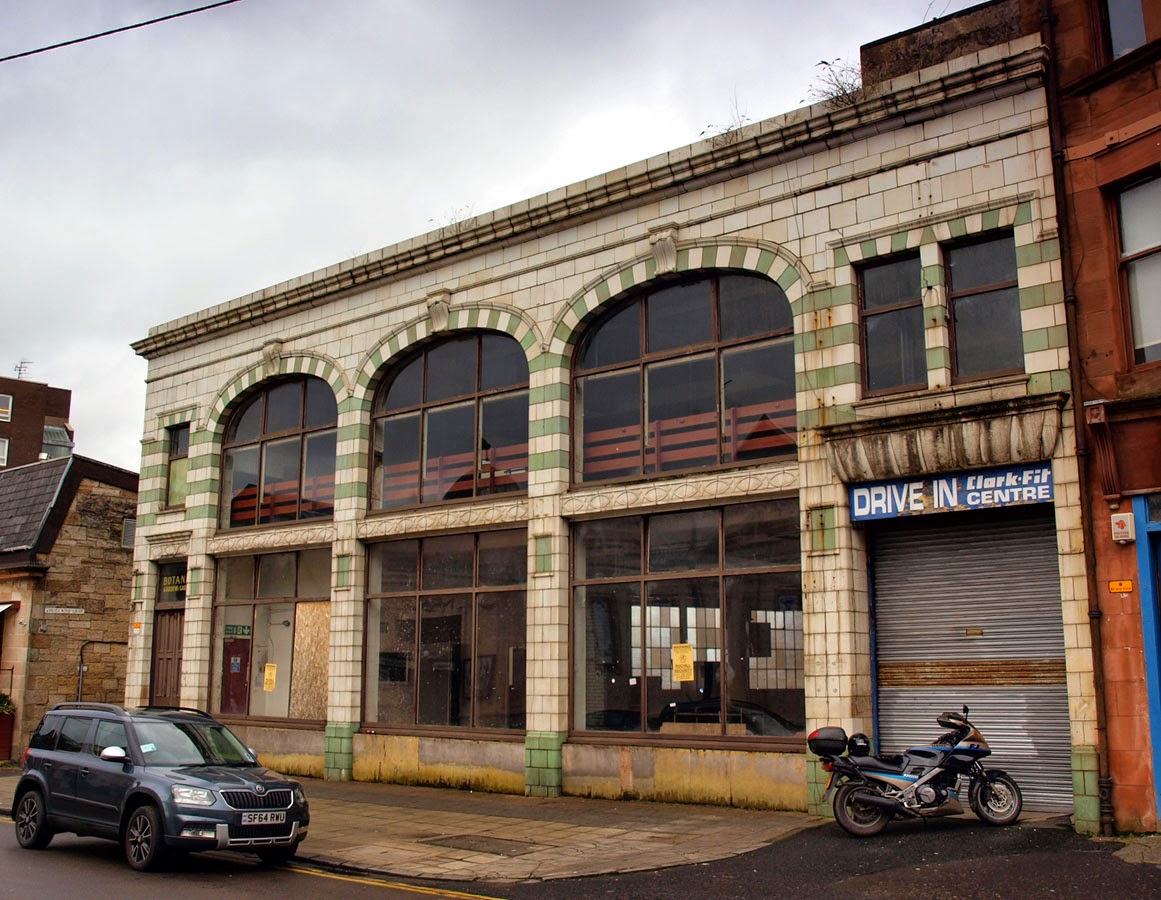 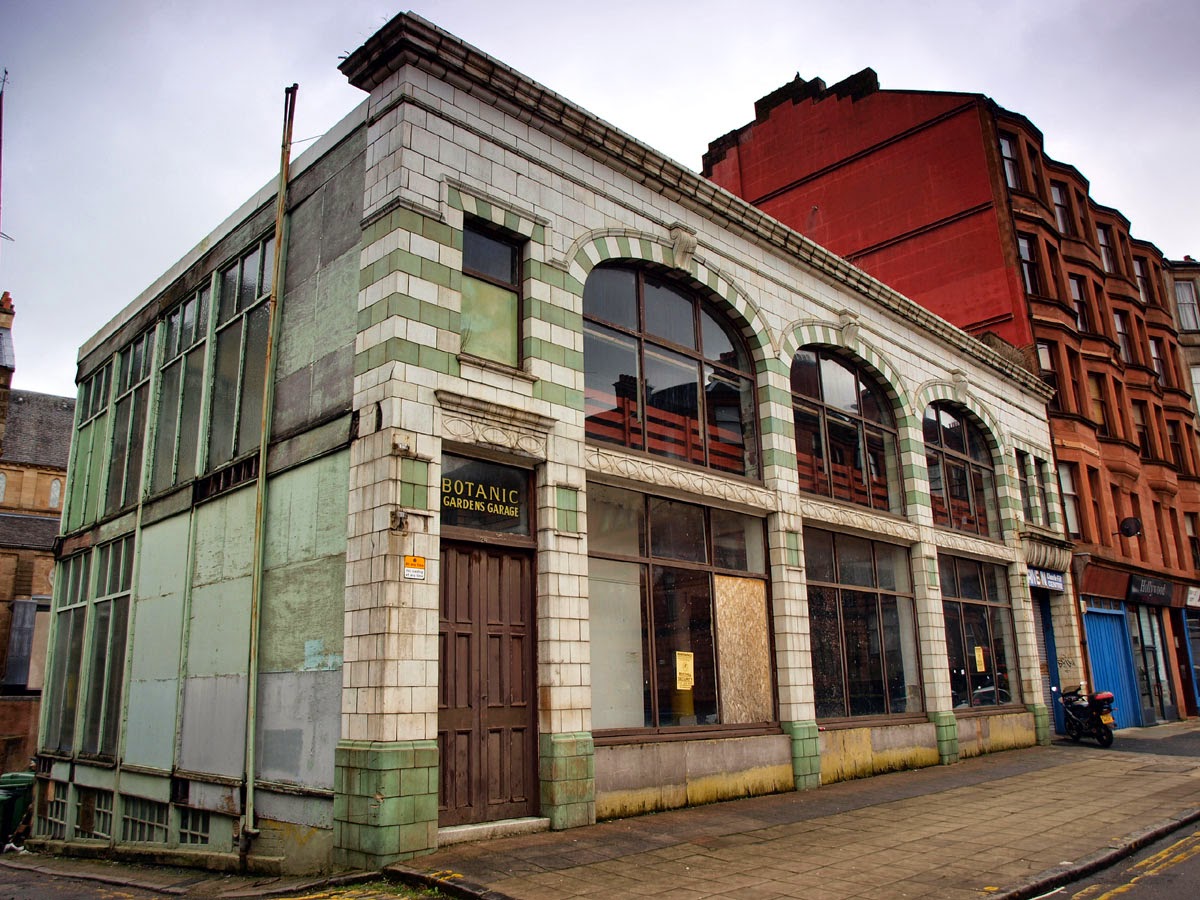 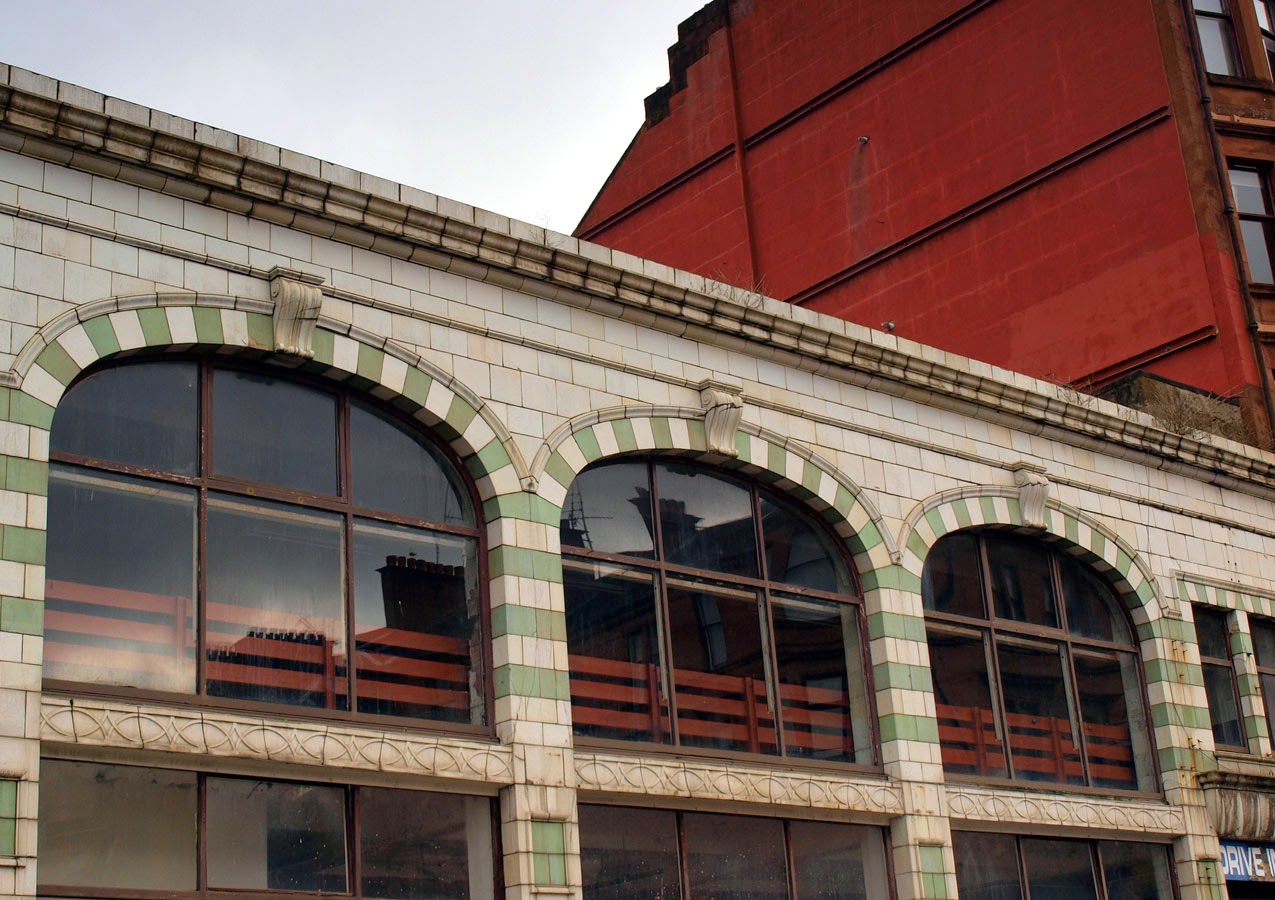 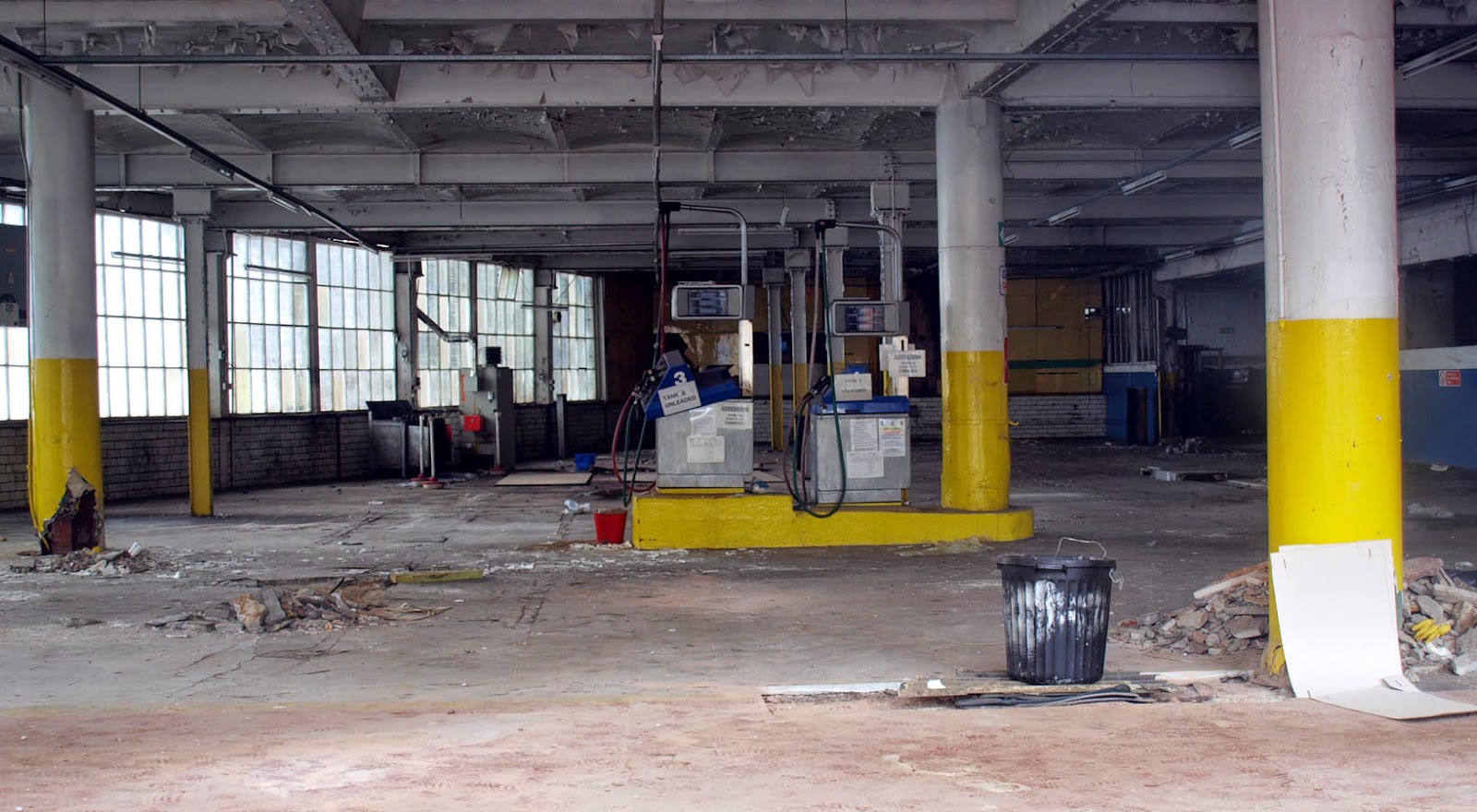