This looks like an art gallery or a grand public building in the Baroque style but was originally a car factory. It was constructed in 1905/6 to house Argyll Motors. At the time it was the biggest car factory in Europe. The company went bust in 1914 and it became a munitions factory in the First World War.


It was empty for most of the interwar period before becoming a torpedo factory in 1937 until the '50's. In the '60's it is said to have housed "Chevaline"  - a secret nuclear weapons project. The building lay empty between the early '70's and 1997 when it reopened as shopping centre now called "Lomond Galleries" 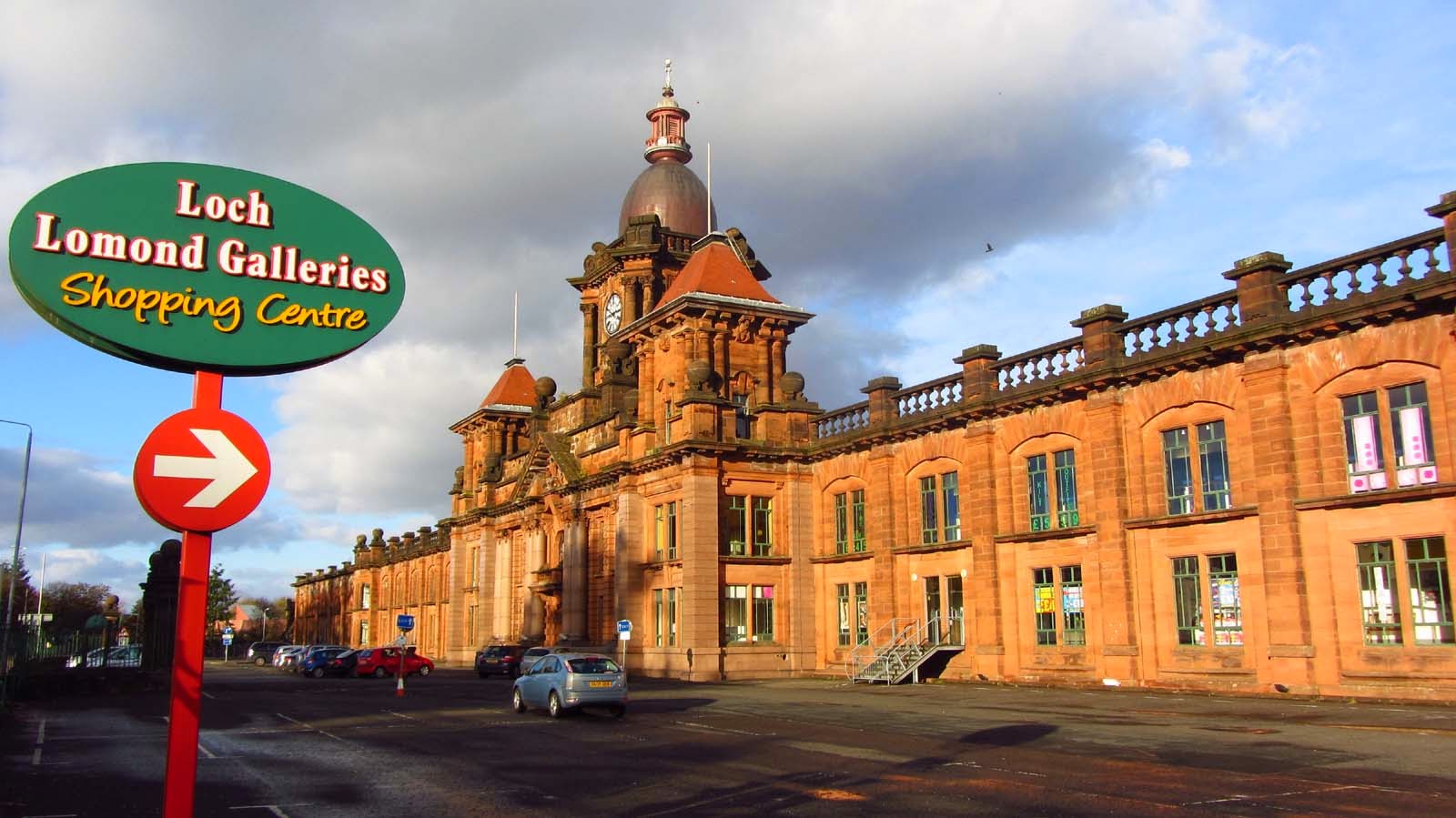 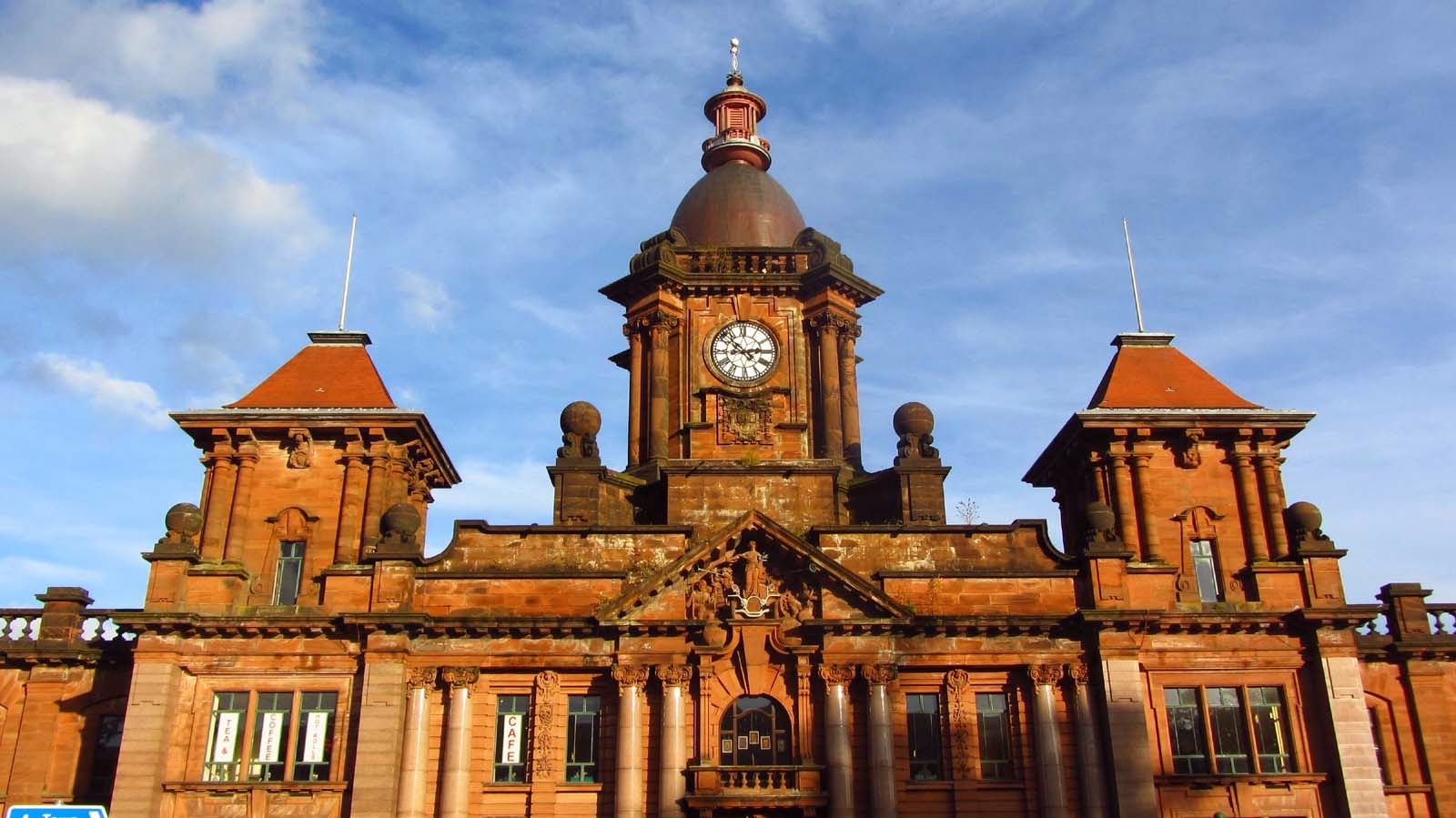 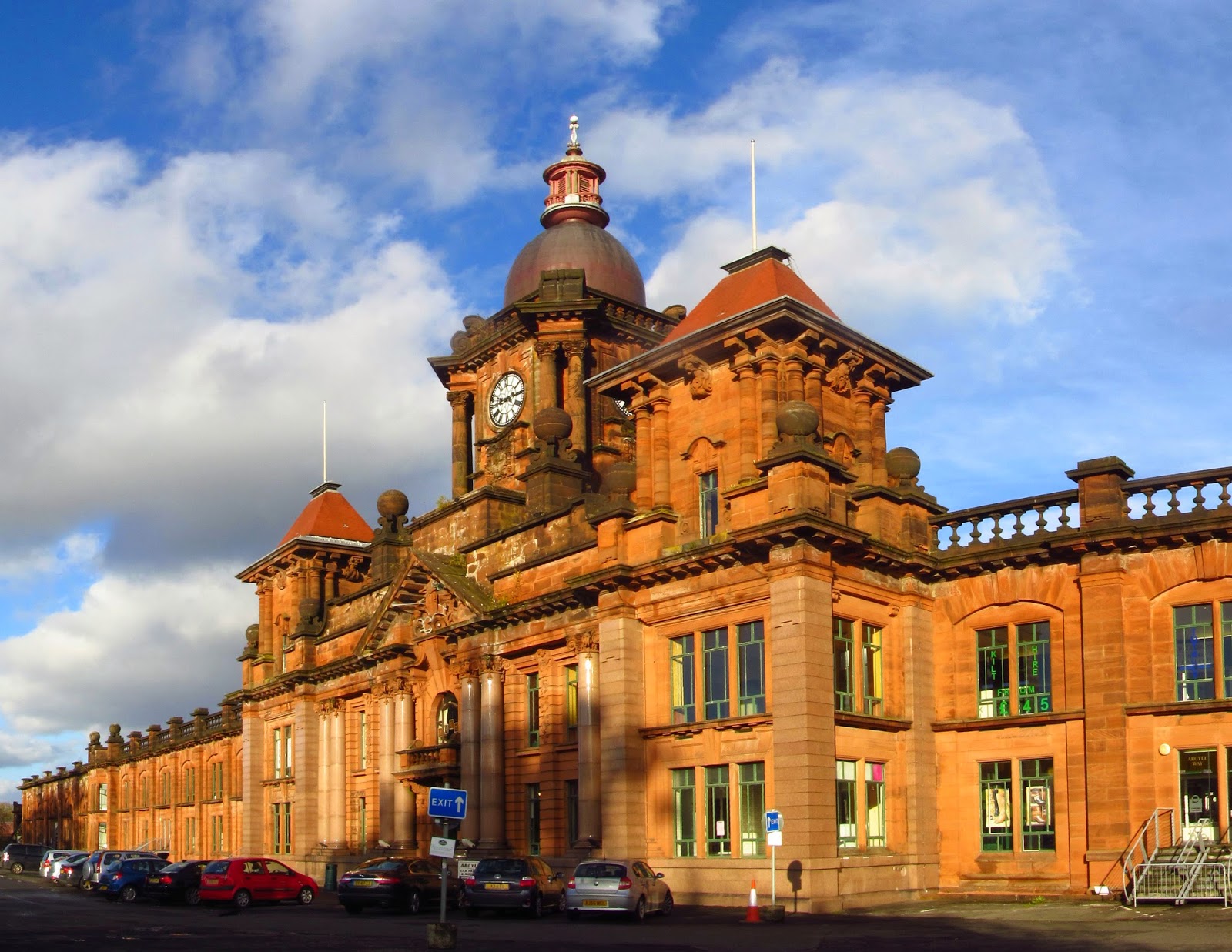 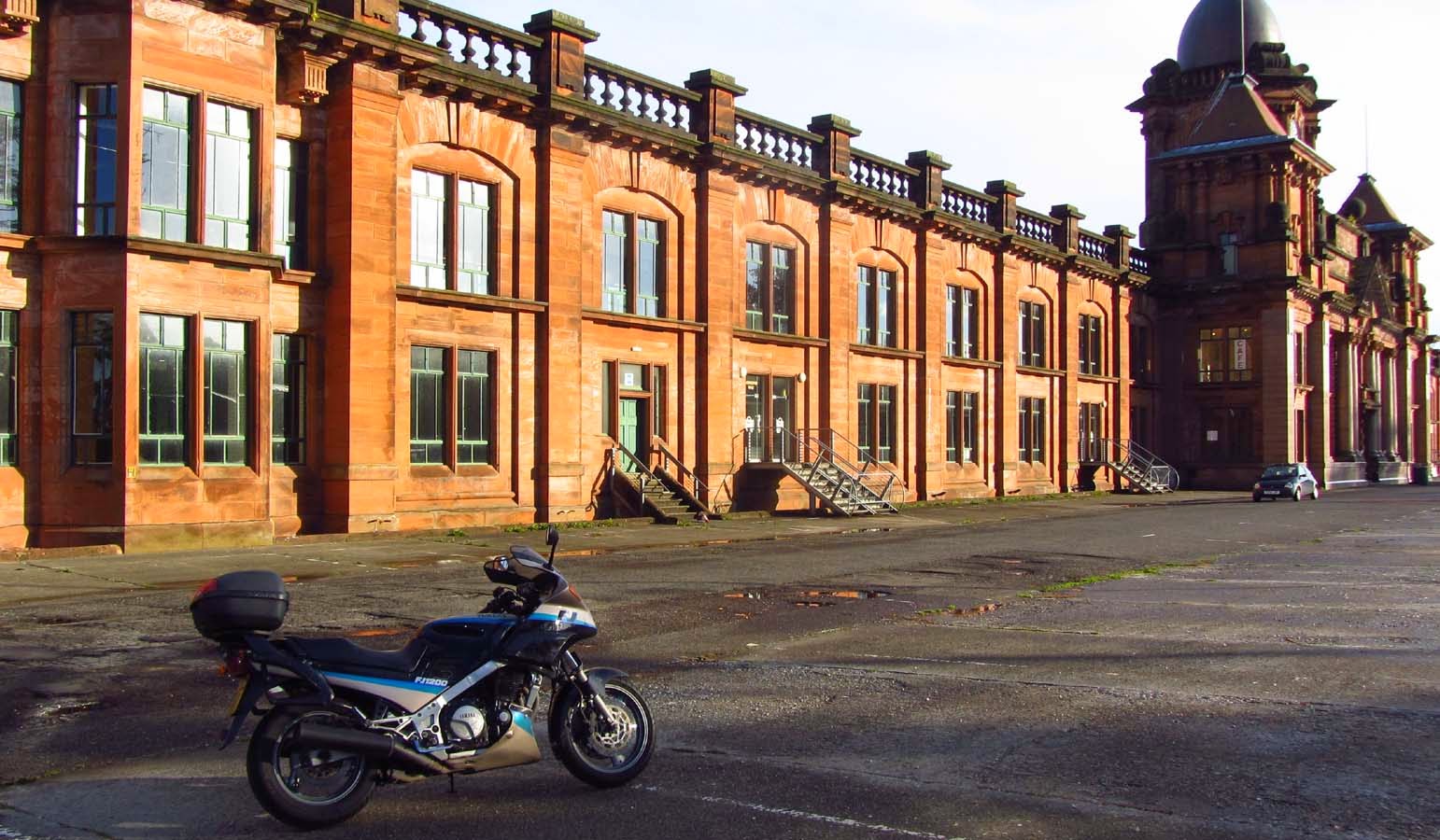