This is an impressive building in Hamilton, just south of Glasgow. But it was merely the hunting lodge of a much bigger property, Hamilton Palace. It is located within the former estate of the Dukes of Hamilton. They were hugely wealthy and built the hunting lodge in 1734. The lodge consists of a pair of pavilions linked by a wall. It was intended to be an impressive sight against the skyline when viewed from the palace a mile away and linked by a tree lined avenue. When I add that the lodge had a leopard house you'll get an idea of the extravagant luxury here.


The Dukes' wealth came from their ownership of the Lanarkshire coal mines. But the mines caused subsidence which, in part, led to the demolition of the palace in 1929. The palace was the largest non-royal residence in Britain and perhaps Europe. The lodge was abandoned at that time and fell into disrepair. It was restored by the local council in the 1980's and the lodge and grounds is now a well-visited attraction.

The lodge was so named because the Duke also held the French title of duc de Châtellerault. 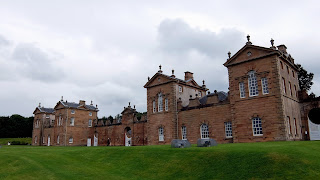 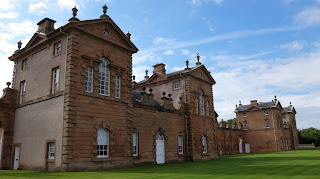 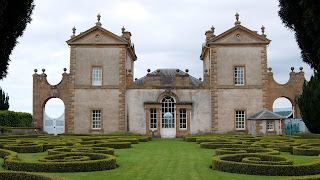 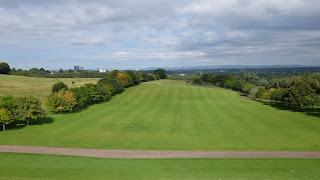